EMELYANTSEV UPDATE: THE SKY IS THE LIMIT OPPORTUNITITES 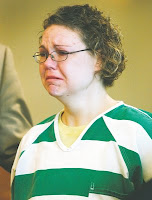 From today's Tooele Transcript, here's an update on the recent conviction of Kimberly Emelyantsev for the murder of her adopted son Kolya Emelyantsev. I am adding new details of the case and some comments. Go to my other entries for a complete view.

Sentencing clarification: K. Emelyantsev has been sentenced to 1-15 years less 214 days served while awaiting trial. The previous account reported "up to 15 years." There is no estimate of how much time she is expected to serve. A couple months ago I felt Emelyantsev would pretty much walk away from this with probation, but I'm no longer convinced that she'll be out soon. I'd look for 3-5 years. I think she wants punishment and wants to be in jail.

Account of murder: K. Emelyantsev originally told police Kolya had fallen off a chair in the living room after she'd left to change the diaper of another child. During her plea hearing she told the court she dropped Kolya twice, once on a bag of diapers and once on a hard-surface floor. During her pre-sentence mental health evaluation she admitted she kicked Koyla twice, "sliding him across the floor." Later in the day, "when frustration with the needs of her other children boiled over, Emelyantsev picked up Nikolai and 'slammed him onto the hard-surface floor twice."

Parental rights: "[County Attorney Doug] Hogan said Emelyantsev and her husband Fyodor are both relinquishing their parental rights to their four remaining children — a 10-year-old Down syndrome daughter from Kimberly’s previous marriage, their two biological children, ages 5 and 2, and a 4-year-old Down syndrome son they adopted from Russia last Christmas. The children are currently being cared for by family members." 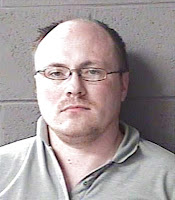 Call me suspicious,. I believe that Fyodor Emelyantsev is complicit in Kolya's death and he deserves to go to prison. Why is F. Emelyantsev voluntarily relinquishing parental rights to his surviving biological and adopted children? Were earlier child neglect charges against him involving the couple's adopted DS son Luka dropped in return for his cooperation in the prosecution of his wife? Is Russian national Emelyantsev returning to Novosibirsk?

The surviving children are currently with local relatives. Will they remain there or be placed elsewhere? If they remain with family members and F. Emelyantsev remains in Tooele, will he have access to them?

There has been no indication in the media (unfortunately, the only way to get information on this case) that the home study and placement agencies involved in the adoption of Koyla and Luka have been investigated. In fact, I've heard not one word critical world on them outside minor blogosphere rumblings. Mrs. Emelyantsev deserves to go prison. So does her husband. But Kolya would be probably be alive today if he had not been placed in an over-stressed, over-burdened home, perhaps even violent home, where, if what the defense claims is true, Fyodor refused to take part in the rearing of the DS children he insisted on adopting over his wife's objections.

Reece's Rainbow Downs Syndrome Orphan Ministry, which specializes in placing DS babies, photolisted Kolya. The organization was quite aware that two special needs, institutionalized children from Russia were being placed only two months apart with the Emelyantsevs. Reece's (and its cooperating agencies) knew that the couple also had a 10-year old DS daughter and two biological toddlers to contend with.

Here is what Reece's reported on the Emelyantsev's near the end of 2007: 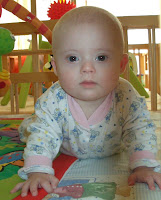 The Emelyantsev family has just completed their adoption of our little Luka in Russia, so are attempting to do simultaneous international adoptions! We are thrilled that Luka's adoption is finally complete and that he was saved from life in a mental institution. Now we pray for Kolya to make it home quickly, too!

Dad has a Master's Degree in Genetics (perfect!) and works as a Registered Nurse. Mom is a paralegal in their church office. Their community and school have rallied around their daughter with DS, and they are excited to provide Kolya with the same kind of love, support, encouragement, and "the sky is the limit" opportunities that he so deserves.

As many of you know, Russian adoptions are some of the most costly. We ask your special consideration in sponsoring this family! Won't you please help this wonderful family bring Kolya home?*

The only "sky is the limit" Kolya got, if you believe in such things, is a trip to heaven courtesy of his forever family and the international adoption industry.

*document no longer online; hardcopy in my position
Posted by Marley Greiner at 3:44 PM